Getting Ready for HIQA

The Health Information and Quality Authority (HIQA) published the National Quality Standards: Residential Services for People with Disabilities Standards in 2009. Services were asked to voluntarily implement the Standards as a precursor to the introduction of formal regulation and inspection in 2011.

A human service agency engaged the Open Training College to collaborate on a project to up-skill staff in advance of formal regulation. An action plan was developed in Autumn 2011. Phase 1 had two core components: 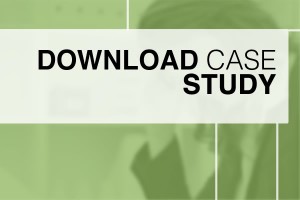 The College took responsibility for developing and delivering training to people right across the organisation. In total, 633 were trained between April 2012 and November 2013. In parallel, the frontline managers of all residential and respite house were asked to complete a questionnaire (essentially a customised audit tool) to assess current preparedness/compliance with the Standards. As part of this they were required to provide evidence to support their analysis.  Following on from this a report was published, summarising the findings of the self-audit process.

The report was used to further refine the agency’s HIQA strategy and led to the development of a Simulated Inspections project. This aimed at replicating the HIQA inspection process and was conducted by the Open Training College in 19 houses within the agency in 2013. College personnel, acting as team leaders, conducted simulated inspections while the agency’s staff performed as support personnel.

Overall, 769 staff within the agency took part in the different HIQA projects delivered by the Open Training College in 2012 and 2013.

How Can We Help?

Contact us if you want to know more about this case study or our consultancy services.

Thanks for your message! We’ll be in touch soon.